David Smoljak, chairman of the Committee on EU Affairs of the Czech Senate, together with a delegation of COSAC chairpersons, visited Kyiv on 30 September 2022. The visit took place at the invitation of Ivanna Klympush-Tsintsadze, Chairperson of the Committee on Ukraine’s Integration into the EU of the Verkhovna Rada. In Kyiv, the participants adopted a joint press statement by the Chairpersons of the Committees on EU Affairs of the EU National Parliaments and of the First Vice-President of the European Parliament, in which, among other things, they reaffirm their unequivocal support for Ukraine´s sovereignty, condemn the sham referenda held in the occupied parts of Ukraine and call on all countries to increase the support for Ukraine instead of abstaining from actions under the guise of their wish to play a role of peacekeepers that Russia does not need.

David Smoljak, Chairman of the Committee on EU Affairs of the Czech Senate, who led the delegation, said on arrival in Prague: “Visits to the Ukrainian capital today are characterised by spending four times more time on the road than on the ground. But even in that short time we managed to meet representatives of the city, the government and the parliament, Putin announced the annexation of the occupied territories and President Zelensky asked for Ukraine’s admission to NATO. The time here passes incredibly quickly.”

Participants adopted a joint press statement reiterating their unequivocal support for Ukraine’s sovereignty, independence and territorial integrity within its internationally recognised borders. They further supported the opening of EU accession negotiations with Ukraine as soon as possible. They strongly condemned the unprovoked and unjustified aggression of the Russian Federation against Ukraine and called on Russia to immediately withdraw its troops from the entire internationally recognised territory of Ukraine. They supported the provision of defence assistance to Ukraine and called for its further strengthening. They condemned the recent sham referenda held in four Ukrainian regions and called their results null and void. They called on all states to strengthen their support for Ukraine and to abandon the neutral positions taken under the pretext of trying to broker a peace that Russia does not need.

Ivanna Klympush-Tsintsadze, Chairperson of the Committee on Ukraine’s EU Integration, who invited the COSAC Chairpersons to Kyiv, attended for the first time ever the meeting of Chairpersons of the Conference of Parliamentary Committees for Union Affairs of Parliaments of the European Union (COSAC) in Prague in July as a representative of an EU candidate country. 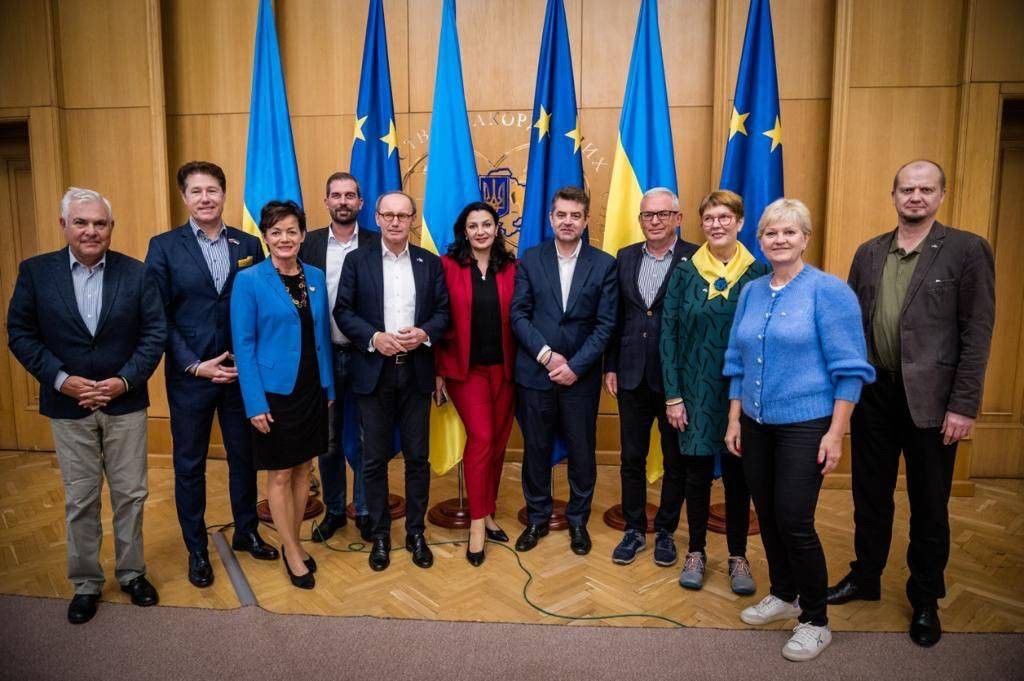