In the context of the upcoming Czech Presidency of the Council of the EU (CZ PRES), representatives of both chambers of the Czech Parliament met with members of the Conference of Presidents of the European Parliament at the Liechtenstein Palace in Prague. The Chamber of Deputies delegation was led by its Speaker Markéta Pekarová Adamová, the Senate delegation by its President Miloš Vystrčil. The representatives of the European Parliament to the Czech Republic were led by its President, Roberta Metsola. The debate focused in particular on topics relevant to the upcoming Czech Presidency, namely the consequences of the Russian war in Ukraine and the EU’s resilience in all aspects.

Markéta Pekarová Adamová, the Speaker of the Chamber of Deputies, considers the priorities of the Czech Presidency to include energy security, the defence of free institutions, elimination of the dependence on Russia, the Eastern Partnership and the possible enlargement of the European Union. “The strength of the European Union has been, is and will be the ability to work together despite our differences. It is the ability to overcome these differences that makes us stronger and more competitive. This is also linked to our openness towards other countries that share similar values and that may join the diverse European family in the future,” said Markéta Pekarová Adamová, Speaker of the Chamber of Deputies, at the end of the joint meeting.

“Today, we are facing a war in Ukraine and we are put at risk due to our lacking energy or food security and there are reasons for that. European civilisation and the European Union are functioning well and living in relative prosperity precisely because we are mindful of the fundamental values on which the EU is based and which serve as the foundation of the way we live. It is important that we have free elections everywhere and that we have independent institutions. In terms of energy security, the fears of increasing energy prices are partly caused by the fact that we have become too attached to totalitarian systems and thus violated our fundamental values,” Senate President Miloš Vystrčil said in his speech. At the same time, he thanked the European Parliament for its position towards Ukraine, which was attacked by Russia, and for stopping the investment treaty with China. He ended his speech with the following message: “In the following period of time, the Czech Republic will have the honour of holding the Presidency of the European Union, and I hope that at its end, we will emerge united and stronger.”

Roberta Metsola emphasised the importance of this first official meeting within the framework of CZ PRES. According to the President of the European Parliament, digitisation, energy prices, inflation and related social and economic impacts will be some of the key topics in the coming months, when the Czech Republic will hold the EU Council Presidency.

The meeting with the representatives of both chambers of the Czech Parliament was preceded by a meeting between the President of the EP Roberta Metsola and Czech Prime Minister Petr Fiala, after which President Metsola headed to a debate with students of Charles University titled the “Future of Europe”.

The Conference of Presidents of the European Parliament traditionally visits the Member State that is about to take over the Presidency. 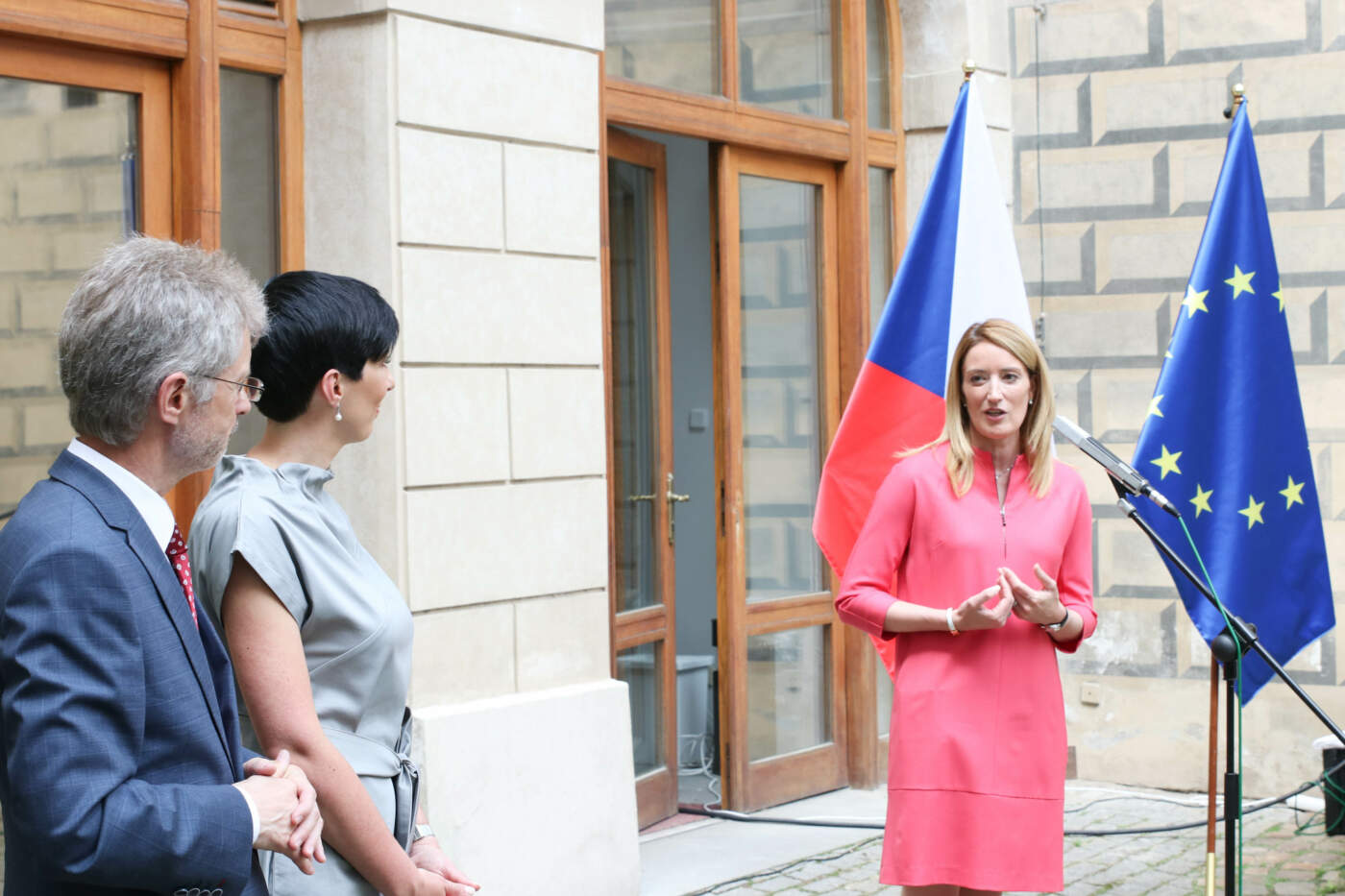